News About Some of The Projects We Reported on in 2011: Poly Silver Beach Golf Club 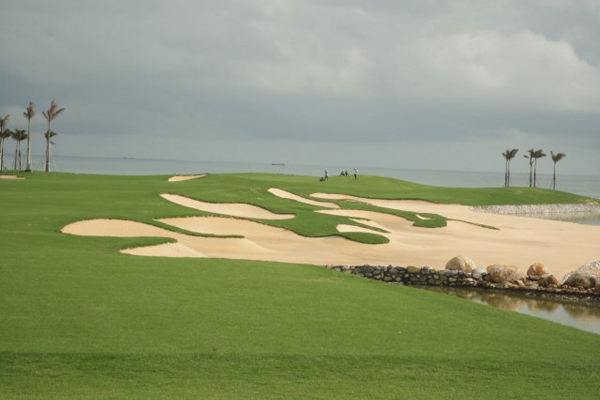 In late February, Lee Schmidt, designer of Poly Silver Beach Golf Club,visited the site and signed off on the construction of the first nine holes. We are currently working on the back nine, where four Thai shapers are working closely with the golf course contractor, CITIC. All aspects of construction are being completed to the very high standards of Flagstick and the owner (Poly Group), with completion of the full eighteen expected by September 2012.