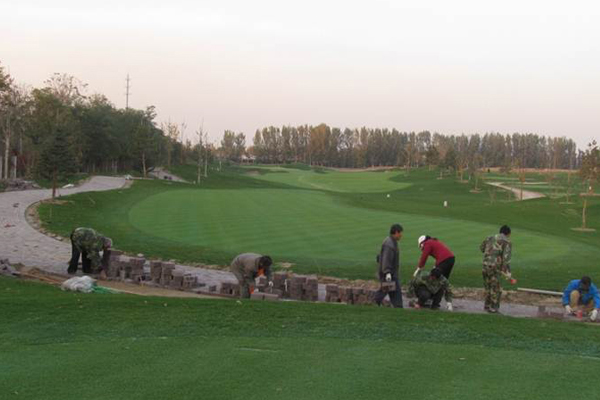 Construction is nearing completion at Tianjin Pearl Beach International CC in Tianjin, China. Flagstick began managing construction at this Tripp Davis & Associates remodel one year ago, and we have now arrived at the punch list stage, where the final details are ironed out. Grassing was completed in early October, and bridge and bunker construction are also finished. Now the team will comb through the project site and prepare the property for its grand opening in 2013.

Another project in northern China that has seen rapid transformation in recent weeks is the Nicklaus Club - Beijing, where tee-to-green grassing is now complete on eight holes. The irrigation system is installed on ten holes, the two practice putting greens are grassed, trees have been planted throughout the property, and brick carts paths are being laid now. Construction is scheduled for completion by June 1, 2013, with the grand opening sometime in the fall.