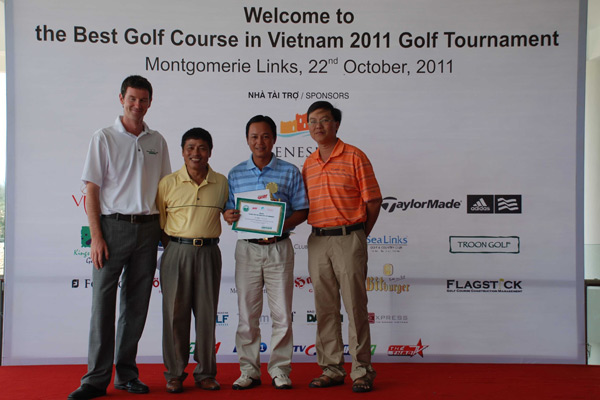 This year’s Best Golf Course in Vietnam awards tournament and gala was held on October 22nd at the Montgomerie Links golf course in Danang, Vietnam. Flagstick was a proud sponsor of this event, which was attended by over 150 people from golf associations, courses and other organizations from around the country.

The winning golf course was the event’s host venue, Montgomerie Links, a spectacular layout designed by Colin Montgomerie. The facility features a links-style course, a comprehensive practice facility and a PGA golf academy.

Adding to the festivities, Flagstick contributed four tickets to the Omega Mission Hills World Cup, to be held later this month at Mission Hills Haikou’s Black Stone Course, whose construction was managed by Flagstick. Four lucky winners of the raffle will soon be watching the world’s best players duke it out on one of our most prestigious projects.

Flagstick thanks the Vietnam Golf Association and Vietnam Golf Magazine for the invitation to be part of this special event.